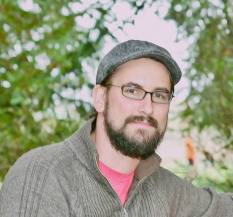 Pastor:  Rev. Graham Ware (Hon. Dipl., B.A., M. Div.)  Graham came on board at Centre Street in 2011, previously serving as interim pastor at Milton Baptist Church.  He graduated in 2011 from McMaster Divinity College (M.Div.) and also holds a B.A. in History & Biblical Studies from Atlantic Baptist University (2006), and he also attended the Baptist Leadership Education Centre (Hon. Dipl. 2002). Graham and his wife Jenelle have 3 young daughters, Abigail, Karyss, and Mhaili. Graham is a devout baseball (Toronto Blue Jays) and soccer fan (Chelsea FC). He also serves as a chaplain with the Canadian Army Reserves. His spare time is spent with his girls, reading, checking out some new music, cooking, or relaxing with a coffee and a view.

Music Director:  Gerald Vreman (B.Mus, M.Mus) A lifelong resident of St. Thomas, Gerald holds multiple degrees in music from the University of Western Ontario, and is a member of the Royal Canadian College of Organists, an evaluator for the Royal Conservatory of Music, and serves on the Board for the Rotary Music Festival. In addition to providing musical leadership during worship playing piano and organ, Gerald directs our choir, pulls together special musical contributions, and also teaches piano to many in the community.

Caretaker:  Angela James Angela was hired on as caretaker in January 2019. She was baptized at Centre Street in 2017, after beginning attending with her sister and brother-in-law. In addition to working as our caretaker, she is also heavily involved as a volunteer in almost all of our ministries.

Pastor Emeritus: Rev. Dorman Quinton (B.Th., B.A., M.Th.) Dorman served as Sr. Pastor of Centre Street from 2005 until his retirement in 2012. He has also pastored congregations in London (Ontario), Toronto, and Keswick. He has also taught a course on worship for the CBOQ Lay Pastor Training Program, and served for a time as a Reserve Chaplain with the 4th Battalion, Royal Canadian Regiment. He earned a B.Th from Ontario Bible College, a B.A. from the University of Toronto, and an M.Th from McMaster Divinity College. Dorman and his wife Jennet have four adult daughters and six grandchildren.