Posted on January 9, 2012 by centrestreetbaptist

I honestly didn’t do as much reading in 2011 as in previous years. Partly because my studies were done, so no assignments were do, and no research papers were being put together. But I did read few gems this year. Here’s the highlights:

Life Together, Dietrich Bonhoeffer. Not as well known as his classic Cost of Discipleship, but this quick read is phenomenal. It’s a short, concise, but deep look at what it means, and what elements are included in the life of a Christian community. Bonhoeffer concludes that a Christian community, because it is bound in Christ consists of relationships mediated by Christ, and there, sins against each other, and troubled relationships within the community are shattering the community’s fellowship with God. 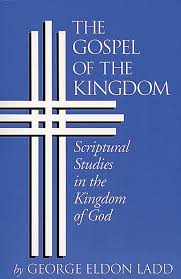 The Gospel of the Kingdom, George Eldon Ladd. Somehow, the Kingdom of God got lost somewhere in theological consciousness. The Kingdom was a favourite topic of Jesus (50 occurrences in Matthew, 39 in Luke) but few studies really nail down what the New Testament says about the Kingdom. Ladd’s work here is the best I know of in this respect. Highlighting the nature of the Kingdom as the sovereign reign of God within creation, and the imminent but not yet character of the Kingdom, Ladd presents Jesus teaching on the Kingdom in a way which is concise (143 pages) yet doesn’t miss anything. While it is still scholarly, it is fairly accessible, I think to a curious reader. It has become an invaluable tool to me, and inspired or been part of a significant number of the sermons I given over the past several months, to inspire inward focused congregations to think more about the Kingdom than about how to bolster the number of butts in the pews.

The Reformed Pastor, Richard Baxter. Written in Seventeeth century England, by puritan pastor Richard Baxter, The Reformed Pastor was cutting edge- the first work on the role of the Pastor in a “reformed” (i.e. Protestant) context. Baxter emphasizes the need for the preacher to first be living rightly. An eloquent sermon from a hypocrite is useless. He also emphasizes the need for greater diligence in responding the spiritual crises of those who are uncoverted within the parish, and the need to catechize families during home visits. This new style of pastoral care was revolutionary at the time, and is incredibly influential in forming modern pastoral practice. The weakness of the book is found in its wordiness. He states, and restates, and restates the same idea over and over, and this 256 page rant could be a 125 page encouragement. The puritan style sounds hostile and condemning and the Puritan Paperback edition doesn’t remove the archaisms of seventeenth century writing. It was struggle to work through, but worthwhile. It is a serious kick in the butt for any pastor who is inclined to be lazy, or who shies away from the role of challenging congregants spiritually. 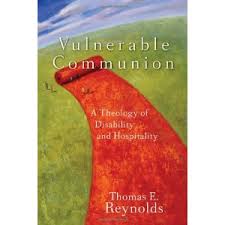 Vulnerable Communion, Thomas E. Reynolds. I read this one as part of a study to wrap up my seminary career, reflecting on my field education experience with Christian Horizons. Reynolds, the father of a cognitively disabled child, reflects on the struggle of finding a place for his son, whose behaviour made it difficult for the family to be in Church. Vulnerable Communion looks to reflect theologically on the issue of disability, and how it fits within the context of the life of the Church. Reynolds most important contribution is probably his discussion of the “economy of exchange” where we invest in lives based on a predicted return. Instead, Reynolds says, the Church should operate based on an “economy of grace” (pg 56-64) where we invest based on need. In other words, instead of creating a “cult of normalcy” we are called to live out the gospel b

y making room for all, not just those who will make our lives more rewarding or easier.

Becoming Human, Jean Vanier. Founder of L’Arche ministries, Jean Vanier reflects on the things that bind humanity together. He focuses on the shared experience of loneliness and longing, and the journey toward hope, love and community. The book is Vanier’s 5 part Massey Lecture Series, and as such is directed to broader audience than the Church, and tends to shy away from the theological casting a humanist vision for the journey toward love and community. While it is touching and beautiful, and I know when reading it that Vanier’s vision is rooted in his faith in Jesus Christ, that faith is not put in words here.